The album was released on September 25, 2000 by Parlaphone Records.

In 1998, Kylie's contract with Deconstruction Records had ended, due in part to the relatively unsuccessful commercial turnout of her "Impossible Princess" album.

The last single from that album "Cowboy Style" was released only in Australia by Mushroom Records to coincide with the Intimate and Live Tour.

By 1999, Kylie had signed herself to another record label, Parlophone. She began recording songs for her seventh album "Light Years" most notably the lead single "Spinning Around" which became a number one hit and was considered her "comeback" single.

The album was released on September 22, 2000 in Australia and New Zealand and on September 25, 2000 in the UK and Europe after the single "Spinning Around". It includes a hidden track, "Password" (which is included in the pregap portion of the CD at the beginning of track one).

Subsequent German, Spanish and Japanese versions of the album contain the original French bridge of "Your Disco Needs You" translated into their respective languages along with "Password" as an orthodox hidden track.

Kylie promoted the album with the hugely successful "On a Night Like This Tour" which visited Europe and Australia.

Due to the success of the album and the tour, a special tour edition package was released. It contained the original album along with a second disc featuring various remixes.

The special edition album was released on March 5, 2001.

For the Australian tour edition, additional remixes were included as well as Kylie's remake of Olivia Newton-John's song "Physical", following popular performances of the song on the tour.

The opening track and lead single "Spinning Around" was composed around a disco foundation. It was co-written by American singer Paula Abdul, who planned on it being her own comeback single. However, Abdul's album never came to fruition, so Parlophone attained the song and gave it to Kylie.

The lyrics bore a resemblance to Kylie's own career, quite coincidentally considering she had not written the song, nor was it written specifically for her.

"On a Night Like This" was noted for its house and Europop sound. Released as the second single, Kylie also performed the song at the closing ceremony of the 2000 Olympic Games in Sydney, Australia.

"So Now Goodbye" was written by Kylie and Steve Anderson. It contained a mixture of disco and house music styles.

"Disco Down" showcased a modern disco sound while also embodying synthpop and electronic styles as did the title track "Light Years". Both songs were considered highlights of the album and were praised as being futuristic.

"Koocachoo" marked a change in the album with its psychedelic pop layout, similar to the tracks "I'm So High" and the b-side song "Cover Me With Kisses".

"Loveboat" and "Your Disco Needs You" were written by Kylie in collaboration with Robbie Williams and Guy Chambers. Both songs were composed as a homage to disco music with the latter single being regarded as a gay anthem.

Robbie Williams and Chambers also wrote the pop/rock track "Kids" initially as a solo single for Minogue, however Robbie Williams became quite fond of the song that he instead altered it to be a duet.

"Kids" was released in October of 2000 as the second single from Robbie Williams' album "Sing When You're Winning" and as the third single from "Light Years."

While the majority of the album's songs were original recordings, Kylie did cover the Barry White disco song "Under the Influence of Love".

Other tracks ranged in sound from the fourth single release "Please Stay" which differed from the rest of the album as it contained a Latin music style to "Bittersweet Goodbye" which was notable for being the only ballad on the album.

The song "Butterfly" was also acknowledged as a standout of the album due to its strong electronic music influences.

In the US, the song was remixed and issued to clubs around the country, thus allowing it to peak on the Hot Dance Club Songs chart at #14.

The title of the album derives from the song "Light Years".

Out of other designers & photographers, Vincent Peters was selected to photograph Minogue for the album cover. The shoot took place outside a villa at the far north of Ibiza Island.

It was reported that Peters was selected because he wore tight T-shirts and jeans halfway down his Calvin's and his most extraordinary photographs. His images were told as an "instant iconic piece of art".

The album cover features a glamorous backdrop of the sky and the sea with the glimpse of a golden sunset filtering through like a supernatural halo. Kylie then gazed towards some "heaven".

While in an interview, Peters had stated:

"The great thing about Kylie is that she differs from other celebrities. There is a separation between how celebrities perceive themselves and what the public wants to see. Most are concerned with reproducing a certain logo or caricature of themselves. They want to cling on to an image developed years ago which makes things difficult because there is no room to take a picture, you aren't really forced to improvise which is when the best things happen. Every photographer has their own very personal vision of her, and she lets them have it. That is the big difference with Kylie, that she walks in and says 'This is me, what are you going to do with it."

In her "Kylie / Fashion" book that illustrating her fashion from 1987 as a 25-year recognition, said that the photoshoot was about sending the message across. She stated "The shoot was incredible. It was my first album with Parlophone and we were very sure of the message we wanted to get across: sunshine, beach, fun, glamour. I've always loved Ibiza and it's true that the island has a magical quality. The lightness of the chiffon matched my mood and desire."

Baker (who helped through the album process) said that the images have a "mystical quality to them."

He then said, "With 'Light Years', we wanted a cover that was a visual statement about Kylie reclaiming the throne of the Princess of Pop. Ibiza was perfect [...] And so, surrounded by the infinity of blue sky and ocean, Kylie returned to her rightful place!"

Chris True of Allmusic commented the album is "not just another Minogue dance-pop record, but a great collection of disco stylings and Europop kitsch."

He concluded, "Arguably one of the best disco records since the '70s, Light Years is Minogue comfortable with who she is and what she's good at."

In a 2011 retrospective review for Digital Spy, Nick Levine described its sound as "camptastic" while praising the album itself as "a shiny, sparkly early noughties disco record complete with a Village People pastiche ('Your Disco Needs You'), a Donna Summer homage ('Light Years') and even a Barry White cover ('Under The Influence Of Love'). Along the way there's plenty of catchy dance-pop ('Spinning Around', 'On A Night Like This', 'Butterfly'), a couple of groovy '60s tunes ('Koocachoo', 'I'm So High') and just the one ballad, but it's a lovely one ('Bittersweet Goodbye')."

The NME noted that the album sees Kylie "dropping her considerable concern for cool and bouncing back to her disco-pop roots", adding that "Light Years is all you need to know about Kylie in less than an hour: fun, perfectly-formed, not too taxing and occasionally annoying."

Yahoo! Music's Gary Crossing referred to the album as "a polished, well-produced yet largely undemanding collection of disco, Hi-NRG, Ibizan trance, funk, 60s film and TV themes and Latin-flavoured tunes which like the Minogue minx's attire leaves very little to the imagination."

He also opined that "[y]ou just get the feeling that if those concerned put as much effort into the songwriting as they did into the glossy album sleeve photo shoot things might have been a whole lot better."

Andrew Lynch of entertainment.ie viewed the album as "inconsequential stuff and as with all Kylie's albums the quality is disappointingly uneven. But the best tracks have an engagingly bouncy quality and taken as a whole this is a much better record than most critics would like to admit."

Select praised the album, stating that "apart from the foul LLoyd-Webber-esque ballad 'Bittersweet Goodbye', it's an unrelenting hoot" and that "it's all contrived to within an inch of its life, heaving with potential singles and brazenly derivative. That is her job and she does it well."

Like their seventh album, this one also features CDVU+ technology that includes more than 30 pages of bonus features with an exclusive video performance, 60 printable photos, complete album lyrics, downloadable graphics and hidden links.

In addition, the packaging of the album is made from 100% recycled materials.

In Australia, "Light Years" debuted at #2 on the ARIA Albums Chart on 2 October 2000. Three weeks later, the album rose to #1, becoming Kylie's first number-one album in her home country.

It spent 41 weeks in the top 50 and subsequently received a quadruple platinum accreditation from the Australian Recording Industry Association (ARIA) for sales in excess of 280,000 copies.

In New Zealand, the album debuted and peaked at #8 on the RIANZ Albums Chart where it stayed for five weeks altogether.

It debuted and peaked at #2 on the UK Albums Chart for the issue dated October 1, 2000, remaining in the top 75 for 31 non-consecutive weeks.

On February 9, 2001, "Light Years" was certified platinum by the British Phonographic Industry (BPI), denoting shipments in excess of 300,000 units. 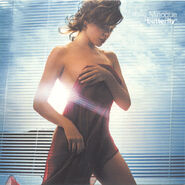 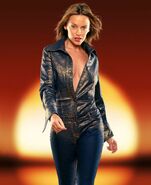 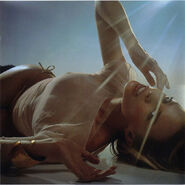 Back cover of "Light Years"
Add a photo to this gallery
Retrieved from "https://kylie-minogue.fandom.com/wiki/Light_Years?oldid=4273"
Community content is available under CC-BY-SA unless otherwise noted.